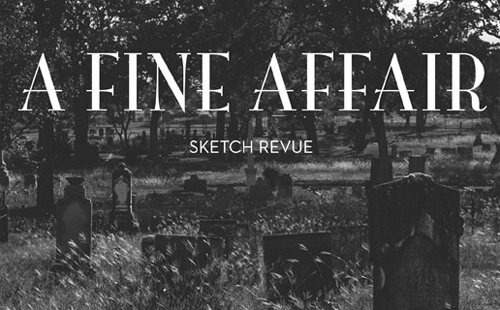 Set against the backdrop of a funeral, ‘A Fine Affair’ is a dark sketch comedy revue that follows the once prestigious, and comically dysfunctional, Carmichael family after the mysterious death of their estranged son, James. Through a series of live sketches, the show will explore the relationships between the family and the deceased as well as the relationships amongst each other. After a completely sold-out run of shows in November, A Fine Affair returns Saturdays in January, at 7:00pm. Starring Stephanie Thoreson, Hupp Smith, Lena Long, Lance Nealy, James Fernandez, Sara June & Linzy Beltran with Arian Brumby and Ronnie Miller.