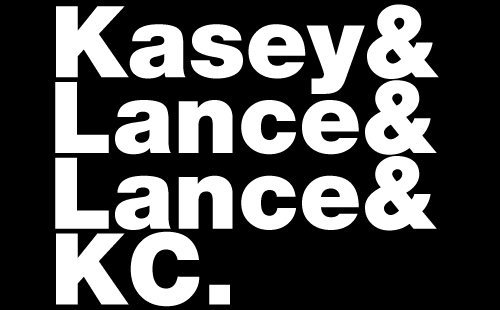 Performed in the CageMatch troupe, Kasey&Lance&Lance&KC.

Combining the time-honored American traditions of democracy and comedy, CageMatch is a competitive improv comedy show where the audience decides who advances in an eight week tournament. The winner gets to add their named to the hallowed CageMatch Championship Barbed Wire 2×4 – aka the Chump Chucker. The loser gets to live to see another day, maybe.

Three troupes enter, one troupe leaves every Wednesday night at 10 PM, only at ColdTowne Theater.