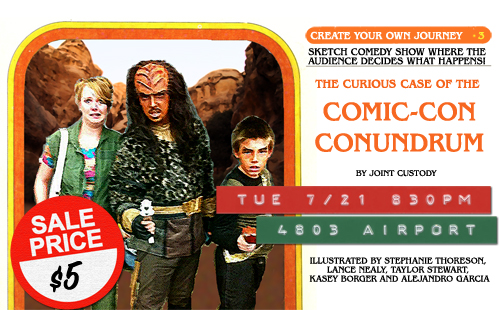 Joint Custody presents The Curious Case of the Comic-con Conundrum: A Create Your Own Journey Mystery

A comedy sketch show where the audience determines what happens to our heroes. Do they receive fame and fortune? Do they meet a grizzly demise? Do they end up in a loop that never ends, trapped forever on stage? At the end of each scene the audience gets to pick which action our heroes take next. Their fate is in your hands. 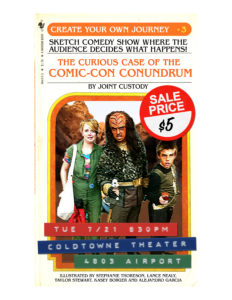