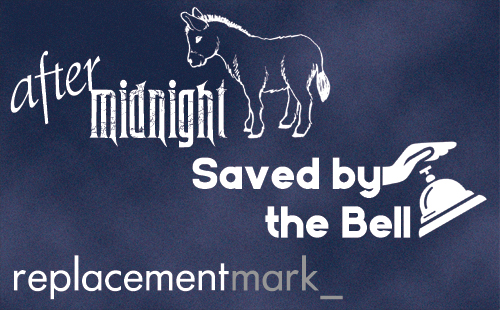 Produced and performed in MashTowne featuring After Midnight, Saved by the Bell and Replacement Mark.

After Midnight  formed as a cage match team in the winter of 2014 with original members Bobby Stover, Brian May, Frances Nguyen, Kady Ferris, Kim Lowery, Lance Nealy and Vickie Dinges Grier.  Soon after winning the tournament, Kady Ferris left for the West Coast and Chelsea Bunn was added.

Saved by the Bell featured rotating members of Donkey Tattoo? and TV Dinner. One player was designated the bell master and would ring a bell anytime they wanted to see a new choice in the scene. The last person to speak had to craft a new line, taking the show in even more unexpected directions.