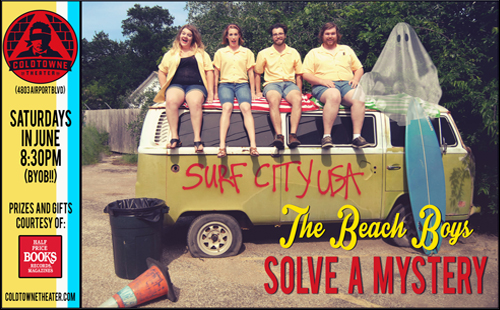 Performed in this mainstage show run.

The Beach Boys borrow a page from the Hardy Boys as they fight crime in the secret underbelly of the seediest beach town you know (think Galveston, but prettier and with more crack cocaine).

This improvised comedy features a live surf rock band, improvised performances by the Beach Boys and giveaways from Half-Price Books!

Can “America’s Band” defend their beloved hometown from the degenerates of Surf City while resisting the urge to experiment in 1960’s counterculture?